A NISE workshop on the development by post-war national movements of alternative concepts of sovereignty and citizenship was convened by Xosé M. Núñez Seixas in Brussels on 3 and 4 December 2015.

The workshop brought together a group of historians, political scientists and political philosophers in order to discuss from a multidisciplinary and comparative perspective the following topics: 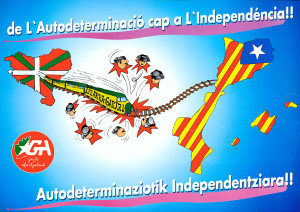 The workshop was co-funded by NISE Partner Centre Maurits Coppieters.

See here for more on the discussion topics, the program and the venue.