A major international conference on Cultural mobilization: Cultural consciousness-raising and national movements in Europe and the world will be held in Amsterdam between 19 and 22 September 2018 by SPIN in association with NISE and ASEN.

The artistic and intellectual undercurrents of cultural nationalism, its intermedial entanglements and transnational diffusion, have been studied as part of the modernising dynamics of, specifically, 19th century Europe. On that basis, the conference proposed here aims to broaden the scope in two directions:

2 To what extent is this cultural mobilisation peculiar to Europe? What parallels, interactions or differences were there with nationalism and national movements in the wider world? 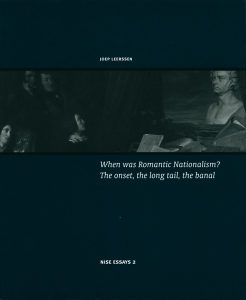 Proposals for papers or panels can be submitted to SPIN before 30 November.

The conference kicks off the NISE Annual Gathering for 2018 and illustrates the increasing collaboration between the organising partners.